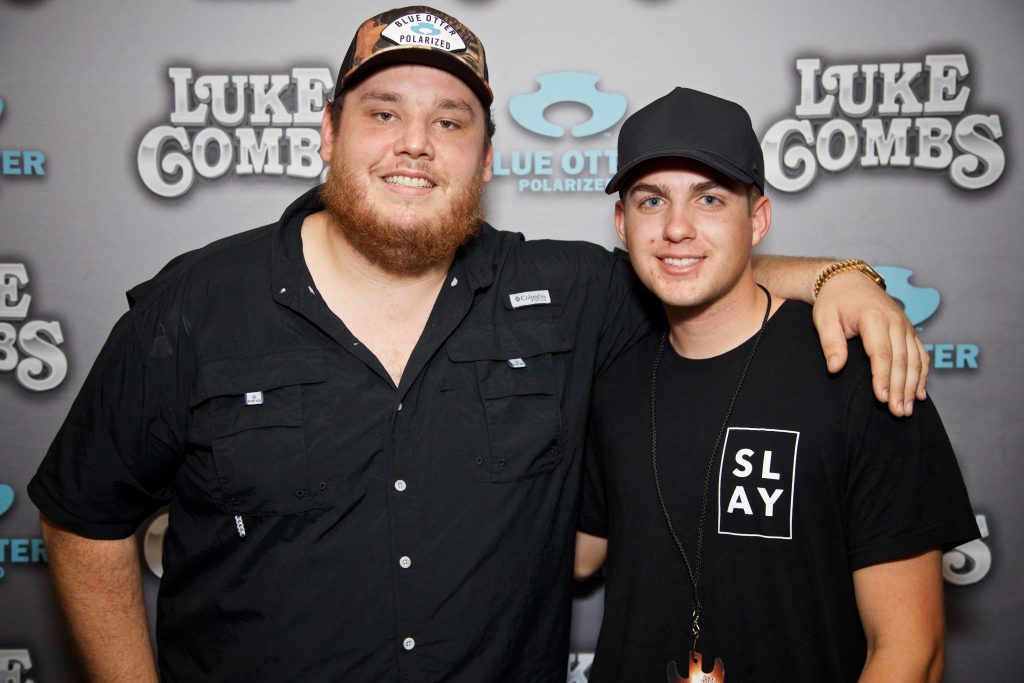 Luke Combs’ new single “Beer Never Broke My Heart” premiered this morning worldwide at country radio. Stream/purchase HERE. The song’s official music video will also debut today at 12:15 p.m. ET. Combs will be chatting with fans ahead of the video launch on YouTube Music starting at 12:00 p.m. ET. In celebration of the new music, Combs will perform the track on “The Tonight Show Starring Jimmy Fallon” tomorrow, May 9.

The release of “Beer Never Broke My Heart” continues an already monumental year for Combs, who is nominated for two awards at the 2019 CMT Music Awards: Video of the Year (“She Got The Best of Me”) and CMT Performance of the Year (“Beautiful Crazy” from CMT Crossroads with Leon Bridges). The awards ceremony will broadcast live on CMT from Nashville’s Bridgestone Arena on Wednesday, June 5 at 8:00 p.m. ET/7:00 p.m. CT.

Additionally, Combs, who recently made history as the first artist to simultaneously top all five Billboard country charts for multiple weeks: Top Country Albums, Hot Country Songs, Country Airplay, Country Streaming Songs and Country Digital Song Sales (dated March 9, March 30 and April 6). Moreover, Combs’ 2x Platinum single, “Beautiful Crazy,” spent seven-straight weeks at No. 1 on Billboard’s Country Airplay chart—tying the second longest run atop the chart since its launch in 1990. “Beautiful Crazy” is Combs’ fastest rising single to date (15 weeks) and makes Combs the first artist ever to send his first five singles to the top of Billboard ’s Country Airplay chart. “Beautiful Crazy” is also the first country single shipped to radio already platinum-certified since Taylor Swift’s “Red” in 2013 and has more than 360 million on-demand streams. In celebration of these milestones, Combs recently performed an acoustic version of the song during the 2019 ACM Awards live broadcast. Watch/share HERE. Of the performance, Billboard praises, “…a stirring version of the hit single…the arrangement breathed a second life into a song that many would have stated was perfect as is beforehand,” while Rolling Ston e declares, “…Combs showed why he’s one of the genre’s most promising young voices.”

Since the release of his double Platinum certified debut album, This One’s For You, on June 2, 2017, the album spent a total of 33 non-consecutive weeks at No. 1 on the Billboard Top Country Albums chart—the longest reign for a solo male artist in over 25 years. The album also spent 16 weeks at No. 1 in 2018—making it the highest selling country album last year with 1.1 million equivalent album units sold and the only country album to surpass 1 million album units. It’s also the most-streamed country album of 2019 so far. Additionally, Combs was awards Top Country Artist, Top Country Male Artist, and Top Country Album at the 2019 Billboard Music Awards, New Male Artist of the Year at the 2019 ACM Awards, Country Artist of the Year at the 2019 iHeartRadio Music Awards, New Artist of the Year at the 52nd Annual CMA Awards, was nominated for Best New Artist at the 61st GRAMMY Awards and was the recipient of a CMA Triple Play Award for writing three No. 1 songs in a 12 month period.